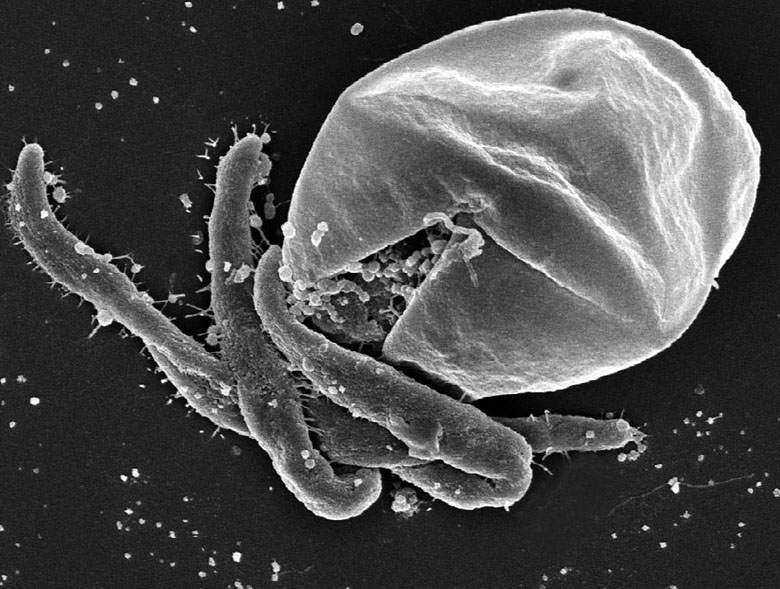 The original method devised by the United States Environmental Protection Agency for detecting these parasites in water used a 10 inch string wound filter in a standard housing with a totalizer to measure the volume of sample filtered (Jakubowski, and Erickson, 1978: EPA 600/9-79-001). By 1995 the method had evolved into its final form as the ICR Protozoan Method for Detecting Giardia Cysts and Cryptosporidium Oocysts in Water by a Fluorescent Antibody Procedure (EPA/814-B-95-003) and was widely used for the detection of these parasites in raw and treated water. The major weakness of the method centred on the ability to extract cysts and oocysts from the filter fibres and recover them from complex backgrounds consisting of minerals, algae and organic matter. This difficulty was largely overcome by the introduction of immunomagnetic beads (tiny beads coated with iron oxide to make them magnetic and monoclonal antibodies specific for cysts and oocysts) and better filters that can be eluted more efficiently (Method 1623: Cryptosporidium and Giardia in Water by Filtration/IMS/FA, 2005: EPA 815-R-05-002). Better filters meant that less water had to be filtered in order to achieve the same level of recovery; Filta-Max (Idexx Laboratories, www.idexx.ca) and Envirochek HV capsules (www.pall.com) are most commonly used today. More information from EPA can be found at http://www.epa.gov/nerlcwww/online.html#protos. 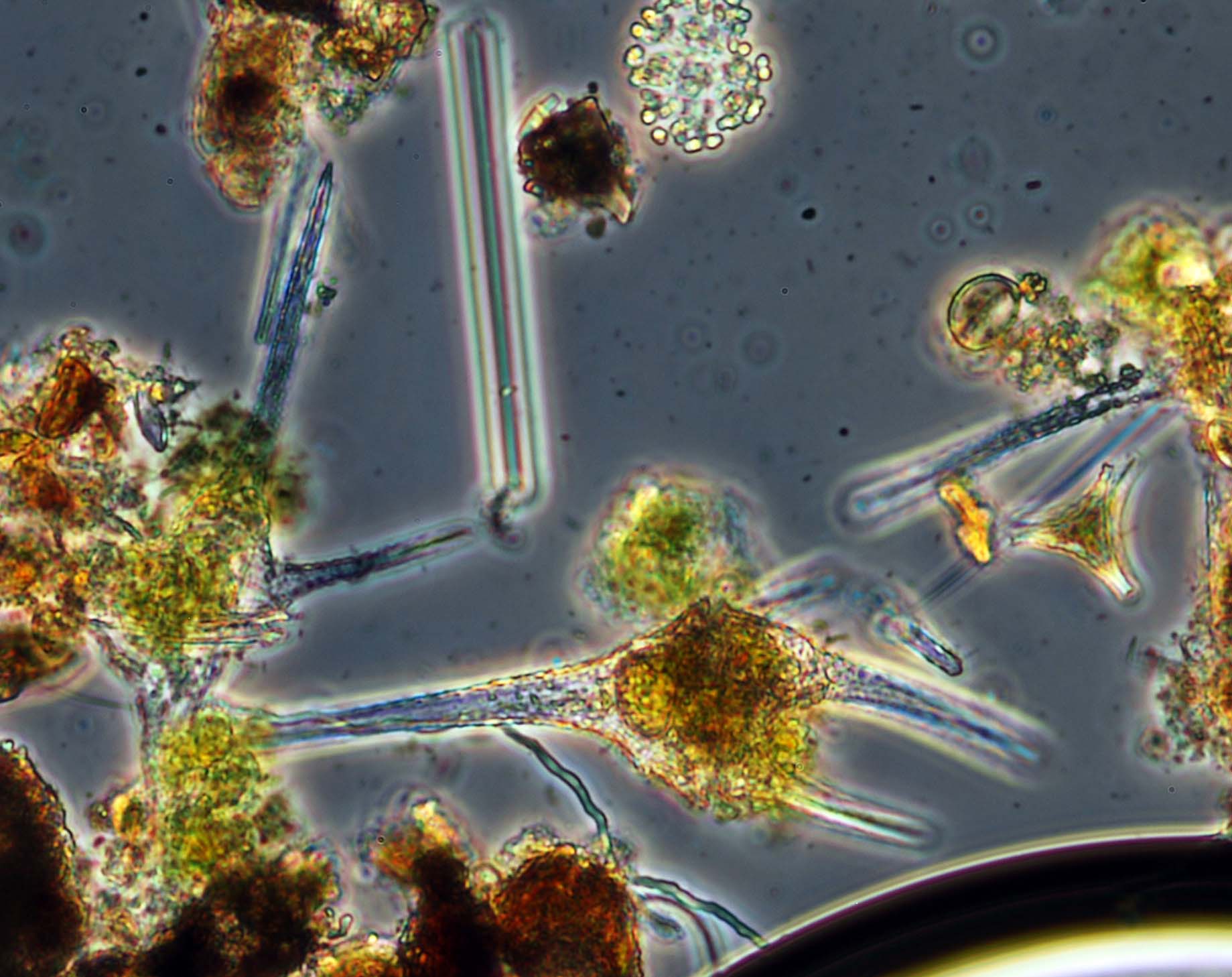 The importance of distinguishing between true ground water and ground water under the influence of surface water (GWUDI or GUDI) has been known for years but was emphasized by the tragedy that occurred at Walkerton ON in 2001 where inadequately treated well water contaminated with pathogenic Escherichia coli caused widespread illness and several deaths. Provinces vary in their requirements for testing wells but all specify the services of a competent hydrogeologist to assess the potential for surface water that might contain pathogens to contaminate well water. A Microscopic Particulate Analysis might be requested as part of the investigation and its purpose is to detect the presence of surface water organisms such as algae, rotifers, and insect parts in well water. The original method was based on the old string wound protocol for Giardia and later for Cryptosporidium and was published by EPA in 1991 as the Consensus Method for Determining Groundwaters Under the Direct Influence of Surface Water Using Microscopic Particulate Analysis (MPA) [EPA 910/9-92-029]. This method is still based on string wound filters and inefficient eluting and clarification techniques and is subject to all of the problems that led to the development of Method 1623. We have improved this procedure by the simple expedient of using Method 1623 and examining the pellet obtained after parasites are captured by immunomagnetic beads and retaining the risk tables from the original method. The advantages are (i) full QA/QC based on performance tests for Giardia and Cryptosporidium (missing from the original method), (ii) improved elution efficiency meaning that less water needs to be filtered (typically 100 to 500 L instead of 1900 to 4000 L), and (iii) reduced time spent collecting samples in the field. The equipment needed is also much smaller and more portable. The same approach was adopted by Abbaszdegan et al. (2011) for the Water Research Foundation in the United States. One addition to the method that we like to use is to examine a small sample of nearby surface water for algae and other surface water organisms in order to ensure that there actually is a source for these near the well to be tested. 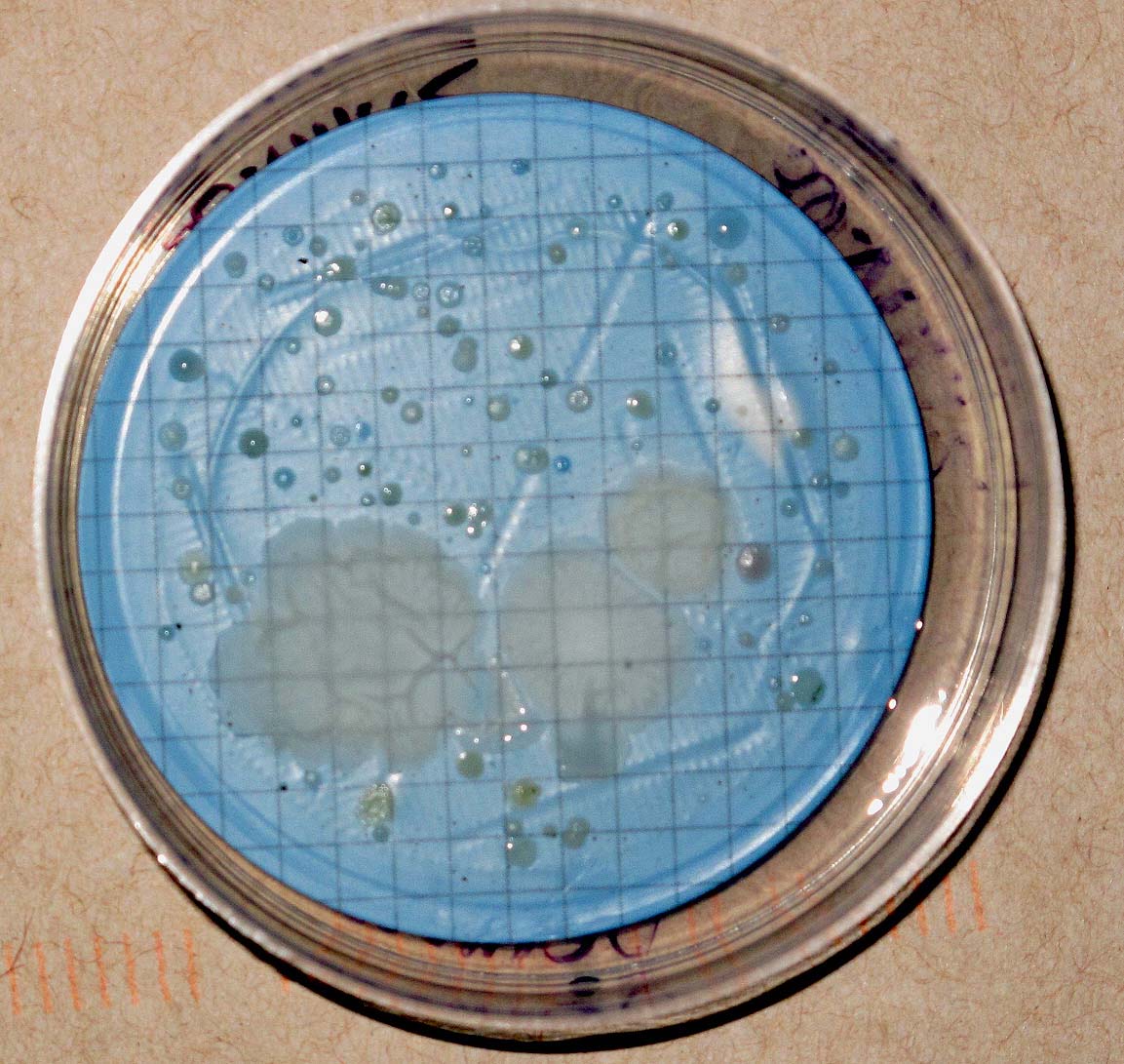 As an adjunct to the MPA analysis we offer Aerobic Spore Forming Bacteria counts. Aerobic spores are ubiquitous in soil and water and easily grown on simple media. Spores are about the same size as Cryptosporidium oocysts and so are convenient surrogates. Ground water typically contains one or two orders of magnitude fewer spores than surface waters.

Hyperion is now accredited by CALA for Total and Faecal Coliform analysis by membrane and Quanti-Tray MPN methods, both of which return a numerical value. We also do Presence/Absence testing which is often sufficient for drinking water analysis and Heterotrophic Plate Count as a measure of general microbiological water quality.